Why White Castle Has Become A Valentine’s Day Dinner Destination 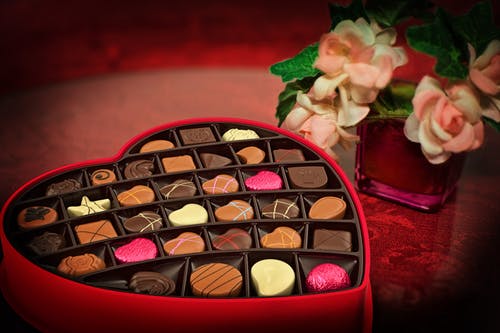 Fast food chains like White Castle, Subway, and Papa John’s are cashing in on the “Hallmark holiday.”

Benjamin describes White Castle cuisine as “two steps above dog food.” He also says his Valentine’s Day dinner there in 2015 featured some of the best table service he’s ever had.

Benjamin, who asked to be identified by his first name only, is one of thousands of people who attended White Castle’s annual Valentine’s Day Dinner, an event where couples reserve tables to dine-in at the slider-peddling fast food chain, which is decked out with a full wait staff, festive red and pink heart decorations, and tablecloths. “They dimmed the lights so you have this very romantic lighting but you still see all the White Castle branding and stuff,” he says.

According to White Castle vice president Jamie Richardson, the event has always been popular, but the amount of reservations requests has “grown exponentially” in the past four or five years.

Last year, White Castle partnered with reservation service Open Table and received 30,000 bookings. This year, three weeks out from Valentine’s Day, Richardson says the company has already booked 70 percent of the reservations they did last year — 7 percent more than last year’s bookings at this time. And, because White Castle isn’t “bound by the normal constraints of space and time,” some locations will be extending reservations until February 15.

Richardson believes the event is popular because it’s “one-of-a-kind” and people like “being relaxed and enjoying the nourishment from hot and tasty food.” But a more likely explanation is the generally accepted fact that Valentine’s Day is a joke.

Most holidays today are vessels of capitalism, and we’ve all kind of made peace with that. But Valentine’s Day is extra offensive — the apex of Hallmark holidays even — because it lacks any form of sincerity. Unlike Christmas or even Thanksgiving, Valentine’s Day doesn’t inspire warm fuzzies as much as it does anxiety and resentment. Want to show someone you care about them? Buy them flowers, cards, or chocolates on a day that most likely holds no significance for either you or them.

This is all to say, Valentine’s Day is an obligation, not a celebration. You don’t want to participate (read: spend money), but are programmed to believe that not participating communicates that you don’t care. Enter: White Castle Valentine’s Day Dinner. The perfect mix of special, silly, and self-aware. A cheap way to celebrate a holiday that really doesn’t deserve any celebration.

Caleb Warren, an assistant professor of marketing at Arizona University, studies ironic consumption. He says that consumers who choose to spend Valentine’s Day at White Castle are dodging the overwhelming norms the holiday demands, like expensive gifts or fancy dinners. “One way to resist or distance yourself from [Valentine’s Day] baggage is to ironically participate by going on a date at a place that seems categorically low-end or unromantic,” he says.

Warren says that by ironically consuming on the “holiday of love” these dissenters are simultaneously communicating that they don’t buy into Valentine’s Day, don’t take themselves seriously, and that their relationship is so strong they don’t need to do anything expensive. They’re also branding themselves as independent thinkers who, free from the social pressures of the holiday (despite the fact that they are, indeed, at a heavily advertised V-day dinner).

Benjamin and his then-girlfriend used to indulge in fast food frequently, so when one of them suggested making reservations at White Castle, they both were all-in.

Although they made reservations half-jokingly, Benjamin says it ended up being the most fun Valentine’s Day he’d had yet.

“You can do something both ironically and sincerely at the same time,” Benjamin says. “It’s in the same area of culture as professional wrestling and old heavy metal bands. On the one hand, you can be sincerely very into it and committed to the pop culture moment that they have. But at the same time you understand what you’re doing is tacky and stupid.”

White Castle isn’t the only fast-food chain offering tacky nothings on Valentine’s Day. This year, Subway is marketing itself as serving the perfect Valentine’s Day cuisine by having The Bachelor stars Sean Lowe and Catherine Giudici eat one of the chain’s newest products at the hotel The Joule on the special day. Papa John’s and Pizza Hut sold heart-shaped pizzas in 2017, which resulted in some pretty bleak, not-so-heart-shaped pizzas.

It’s projected that Americans will spend $19.6 billion on Valentine’s Day purchases this year. Some will very earnestly buy red roses and giant bears, but some will be eating steamed sliders.

Ironically consuming less-than-romantic cuisine is a sort of light-hearted, still delicious “fuck you” to a holiday we all understand to be the worst.