Why Does Wine Make Me Sleepier Than Other Drinks? This May Explain It 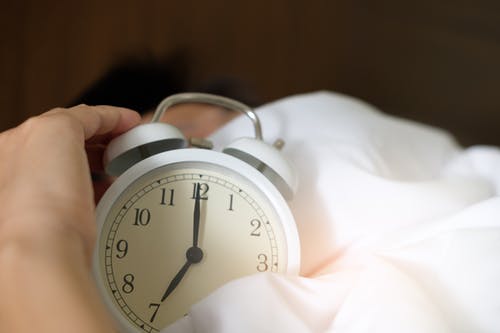 The weather is finally getting colder, which is excellent news for those of us whose idea of an exciting Friday night is sitting on the couch with a glass of wine, a cozy blanket, and Netflix. As enjoyable as this particular scenario might be, though, sometimes, it’s, uh… kind of hard to stay awake through it. f you’ve ever wondered, in a wine-fueled hazy of sleepiness and A Christmas Prince, “Why does wine make me sleepier than other forms of alcohol do?”… well, technically, it doesn’t. Or at least, we don’t have much solid evidence that it does. But we do know enough about how alcohol in general affects the human body, as well as about how people who drink wine tend to feel when they kick back with a glass of their favorite vintage, that we can paint a picture of what might be going on in broad strokes.

First, let’s address the obvious point: Wine is alcohol; alcohol is a depressant; and one of alcohol’s effects on the human body is somnolence — the strong desire for sleep. Ergo, wine makes you sleepy. That, however, is the short version of this part of the equation; the longer version involves exactly how depressants like alcohol, which is specifically a central nervous system depressant, work on your body to produce this effect.

Among the protein molecules in your brain are GABA-A receptors, which, in their usual course of business, bind to GABA neurotransmitters, open up a route to the inside of neurons, and allow chloride ions through, according to Live Science. This causes the firing these neurons usually do to slow down, which in turn causes drowsiness and relaxation.

The depressant in question here — alcohol — actually enhances this effect. It doesn’t take long to do it, either: Once you’ve consumed a drink, it only takes about 20 minutes for the alcohol to get absorbed into your bloodstream. From there, the tiny size of the alcohol molecules allows it easy access through the blood-brain barrier — and from there, they can start targeting the GABA-A receptors, leading to an increase of the effects of the whole process. Voila: Alcohol-induced sleepiness.

If you’ve ever noticed that you seem to feel sleepier when you drink red wine specifically, though, you’re not alone: In 2017, a study published in the journal BMJ Open found that this experience is true for many people. The study examined how people report feeling when they drink different types of alcohol. The list of emotions studied included four “positive” emotions — how energized, confident, relaxed, and sexy people said they felt — and five “negative” emotions — how tired, aggressive, ill, restless, or tearful they said they felt — for each of four different varieties of alcohol: Spirits, beer, white wine, and red wine. Red wine stood out from the bunch with both the lowest percentage of reportage for how energized people felt and highest percentage of reportage for how tired they felt when they drank it: The rate of report for feeling energized was a 7.14%, while the rate of report for feeling tired was a whopping 60.08%.

However, it's worth noting that this study doesn’t dig into what exactly it is about red white that causes people to feel tired while drinking it — that is, it didn’t look at the actual physical effects on each of these kinds of alcohol on the human body — so we can’t pinpoint a physiological reason for the effect. For that matter, the study doesn’t even unequivocally demonstrate that red wine actually does make you sleepier than other forms of alcohol — it just shows that people perceive feeling sleepier when they drink red wine. There could be any number of factors that play into the perception of feeling sleepier while drinking red; it might, for example, have something to do with the environments in which people tend to drink red compared to those in which they drink other alcohols. We just don’t know what else might be behind this particular phenomenon — yet! — so, again, we can’t point to one definitive reason for it at this point in time.