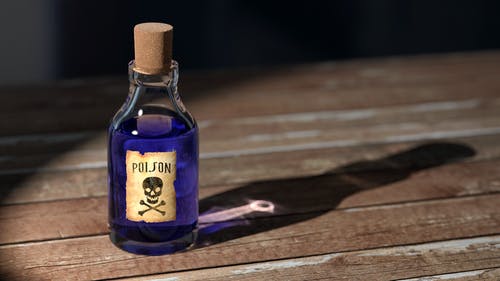 Europeans - including Britons - are the heaviest drinkers in the world

Some 290,000 deaths on the continent are caused by alcohol every year

The UK isn't even close to being one of the heaviest drinking countries in Europe, figures have revealed.

Statistics showing how much each nation drinks every year showed people in Lithuania put away, on average, 15 litres of pure alcohol each.

Meanwhile, the UK drinks 11.4l of pure alcohol, ranking it 20th behind countries including Germany, Bulgaria and France.

Ireland, however, was the fourth worst ranked, with people there drinking an average of 13 L of alcohol each, according to the World Health Organization's data.

Europeans drink more alcohol than anywhere else in the world which, researchers warned, kills hundreds of thousands of them every year.

News of the UK's apparently moderate habit comes after a survey earlier this year claimed Britons get drunk more often than any other nation in the world.

'Alcohol consumption has decreased in many European countries, but progress is grinding to a halt,' said the WHO's Dr Zsuzsanna Jakab.

'Policy-makers need to implement the strategies we know are effective, such as increasing prices, limiting availability and banning advertising.

'With as many as 800 people dying every day in parts of the region due to alcohol-attributable harm, we must do more to continue the fight.'

The international health authority compiled the report by gathering data on how many litres of pure alcohol people consume each year in each country.

Pure alcohol is measured as one millilitre for every percentage of the drink's strength if there is a litre of it.

At the other end of the scale, Norwegians and Italians drank the least alcohol, consuming 7.5l of alcohol per year - exactly half of what Lithuanians drink.

Malta, the Netherlands, Croatia and Sweden all also recorded less than 10l of alcohol per person.

The WHO said it was important to crack down on heavy drinking because of its devastating health consequences.

Alcohol is to blame for more than 290,000 deaths in Europe every year, with three quarters of those (76.4 per cent) down to cancers, liver cirrhosis and heart disease, the report said.

A further 18.3 per cent of the deaths - more than 50,000 people - are caused by alcohol-related road accidents, suicides and murders.

And one in four deaths among young adults are caused by alcohol, it warned, most often as a result of accidents and injuries sustained after drinking.

The figures come after a report called the Global Drug Survey in May said people in the UK admitted to getting drunk more often than any other nationality.

In a report covering 36 countries, people from the UK admitted to getting drunk 51 times per year on average - almost once a week, The Guardian reported.

In light of today's report the WHO's Dr Carina Ferreira-Borges added: 'When alcohol is one of the biggest killers of our young people, we cannot afford to be complacent.

'This is a product that is repeatedly marketed and made available to youth despite evidence that alcohol consumption has a detrimental effect on brain development and physical health.

'This is the next generation of leaders and we must protect them.'