Restaurants Are Using Ai To Listen In On Social Media. They Want To Know How You Are Feeling 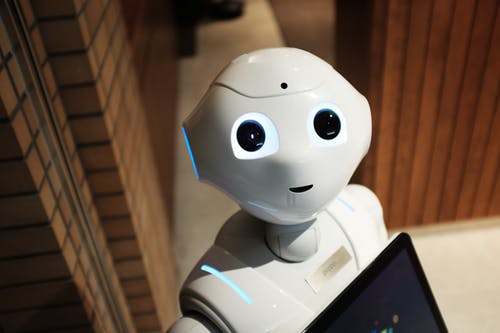 You probably don’t know it yet, but you’ve got some new social media followers. And they’re very interested in how you’re feeling right this instant.

Chick-fil-A recently deployed a new artificial intelligence-based system to monitor millions of social media accounts for food safety issues at its 2,400-plus locations nationwide. The company’s custom algorithm tracks troublesome health mentions around its restaurants, listening in on Twitter, Facebook, and other platforms for “puke,” “got sick” and similar targeted keywords that could indicate a potential outbreak of foodborne illness.

It’s similar to the Harvard T.H. Chan School of Public Health’s recently announced partnership with Google to identify potentially unsafe restaurants and an extension of the listening rooms my clients have been telling me about that have begun to pop up at corporate headquarters all over the world, filled with employees hunting for signs of the next outbreak. It’s all part of a renewed focus on food safety for corporations worried that a customer eating a shred of contaminated lettuce can put you in the hospital, and when every detail of that visit can be livestreamed.

The Centers for Disease Control and Prevention estimate that 48 million people get sick from a foodborne illness every year in the U.S., and 3,000 die. Norovirus outbreaks alone, which are often traced back to restaurants, schools, universities and other food service settings, are responsible for nearly half of these illnesses and as many as 800 deaths annually.

These numbers may well get worse if the Food and Drug Administration goes through with its plan to begin allowing the pork industry to conduct its own inspections. The plan, which would cut the ranks of federal inspectors by 40%, would leave responsibility for identifying diseased and contaminated pork with plant owners and employees.

As an attorney who focuses on the food industry, most of the news I’ve been hearing about food safety is actually good news. Two decades ago, the CDC estimated that 5,000 Americans a year died because of foodborne illness; now it is around 3,000 per year. When an incident occurs today, the response to it is swift, well-coordinated, and streamlined to keep the maximum number of people safe.

But while the overall number of incidents or deaths have actually dropped, the same can’t be said for awareness of these incidents.

Much of the rise in awareness of public foodborne illness events can be traced back to two trends. One is great for restaurants, suppliers, and other companies and their customers. The other represents a rising threat that companies aren’t quite sure how to respond to.

The first trend is greater use of testing and new targeting technologies that make it possible to use genetics to narrow the source of an outbreak of foodborne disease to a single source. It wasn’t always this way.

PulseNet, the CDC’s DNA fingerprinting lab for foodborne illness, got its start in 1996, but it spent more than a decade building a library of infectious diseases to test against and was underfunded in the aftermath of the Great Recession. As recently as a decade ago, if people all over the country began coming down with the same bug, it would have taken months, if not longer, to link them to the same contaminated food.

Today, every test for foodborne illness goes into one or more databases like PulseNet, letting regulators quickly figure out where those people ate, what supplier the restaurants have in common, and where the infectious agent came from. When the Food and Drug Administration did a post-mortem on last year’s romaine lettuce contamination, it was able to pinpoint the source of the rare strain of E. coli to a single irrigation canal in in Yuma County, Arizona.

Microtargeting is great for researchers and even better for consumers. But there’s a downside to this increased knowledge for companies in an age of lessened federal oversight: the added scrutiny can make even small problems feel much bigger.

The second trend is the immediacy and virality of social media. One person on Twitter can report to the world in real-time the effects of a bad meal, potentially tanking the restaurant’s stock price before the company even knows what happened, or where the outbreak began. Adding to the confusion, at the beginning of an outbreak it’s difficult — if not impossible — to connect symptoms to a single meal, meaning that someone might blame a restaurant for something it didn’t cause.